I will continue to sponsor my riding student Stina Fridlund. She will ride and compete Uno and I will be Stinas trainer. We set up a common plan for Uno with the goals that he shall do Young Rider Championship with Stina and Swedish Championship with me. Stina has a very good feeling for the horses and riding. It is with great pleasure I collaborate with her and we very much look forward to the coming years. 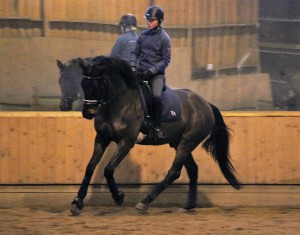 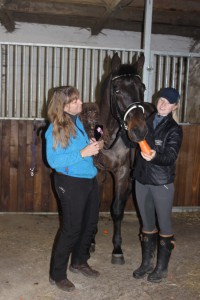 Today we had a name cermony for “Uno”.
Now his name is officially MyNumberOne.se.

We had a small mingle party in the barn and celebrated with carrots and apple juice. 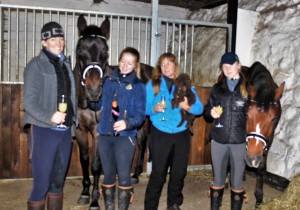 Two very happy souls after a great traning with Olof Axelsson.
Uno starts to understand how to “dressage-work”. Not easy for him who has been educated to be a show jumper since he was broken in april 2015. 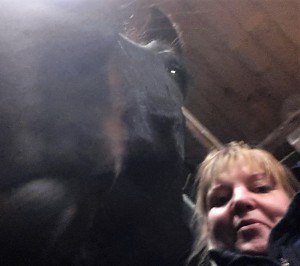 18th of November 2015 my new star MyNumberOne.se
became a new member of the family

MyNumberOne.se was born in Germany, owned by Paul Schockemöhle and he was at Flyinge in Sweden for education and for sale. Helena Torstensson has done a great job training him to be a fantastic horse to ride! He was broken quite late, spring 2015 and he was ment to be a show jumper. But, he has more qualities than jumping!
Now he will do dressage instead, but of course do some jumps for education.

I feel so privileged to be able to be “his human” and I am so much looking forward to work with him for many years. The goal is of course Grand Prix.

I hope you want to follow us during the journey all the way there.